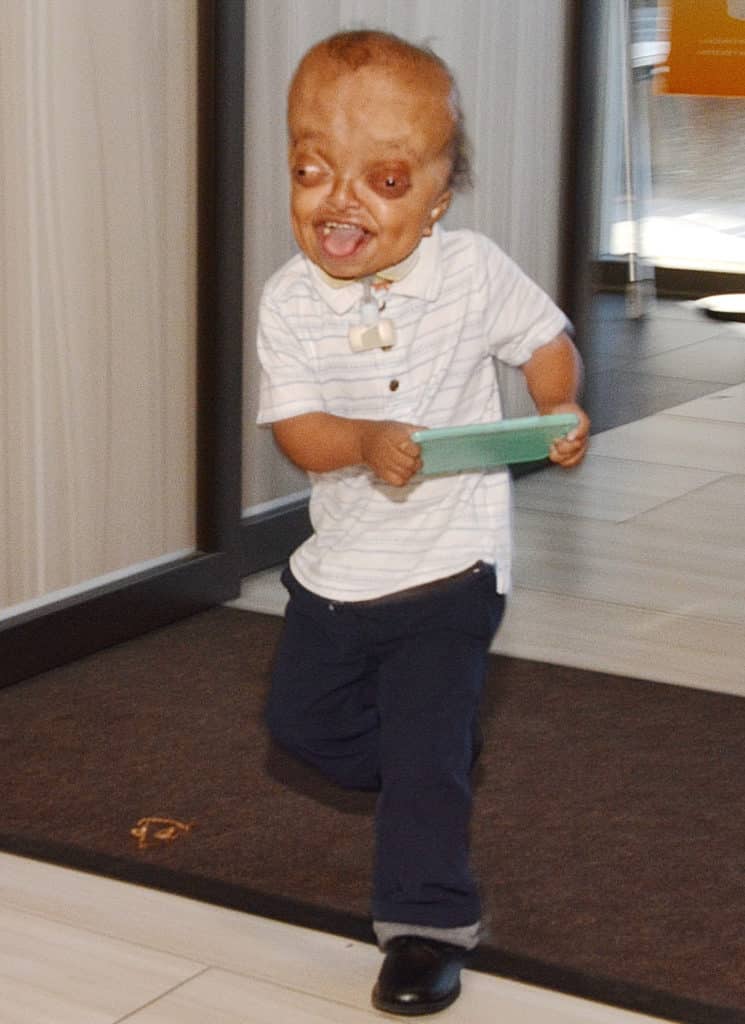 Dominic (Dom) loves to play, adores his older brother, Donovan, and has high hopes—to become a Jedi Master of all things iPads and iPhones. He has overcome so much; he just might make it.

Dom was born with one of the worst cases on record of craniosynostosis. All the bones in his skull had fused and that altered his facial and cranial development. Everything was affected. His eyes, his jaw, his nasal passages, intellect and even his arms and legs.

He’s endured dozens of major surgeries and will face more as he grows and develops. Yet, even though his development has been delayed, he has what his mom calls “a remarkable spirit, one of the most determined persons ever.” He’s also described as someone who doesn’t give up until he’s conquered the challenge in front of him.

That go-for-it attitude has shaped their family motto, amidst all the obstacles: “If he can, then we can. And we will.”

Things his parents think Dom, who is non-verbal, would say about why he is thankful for the Courageous Faces Foundation:

The Courageous Faces family understands the unique challenges we face just because we look a little more unique than others. I am so fortunate to have many big brothers and sisters (other Inspirational Champions) I can look up to and lean on as I get older who understand what it is like to be different.

Our family loves Courageous Faces.  We are a tight knit group who stays in touch, root for and sincerely want the best for each other. Trish and everyone are family to us as they remind my parents that there are good and genuine people in the world.

One of the best things that’s happened to me since becoming involved with the Courageous Faces Foundation is the chance to travel and meet some of the purest souls my parents have encountered.  Meeting new people that are different like I am and the advice they offer my mom and dad to help me has been so helpful and hopeful.  Being a part of this community is great and my entire family is grateful they found us.