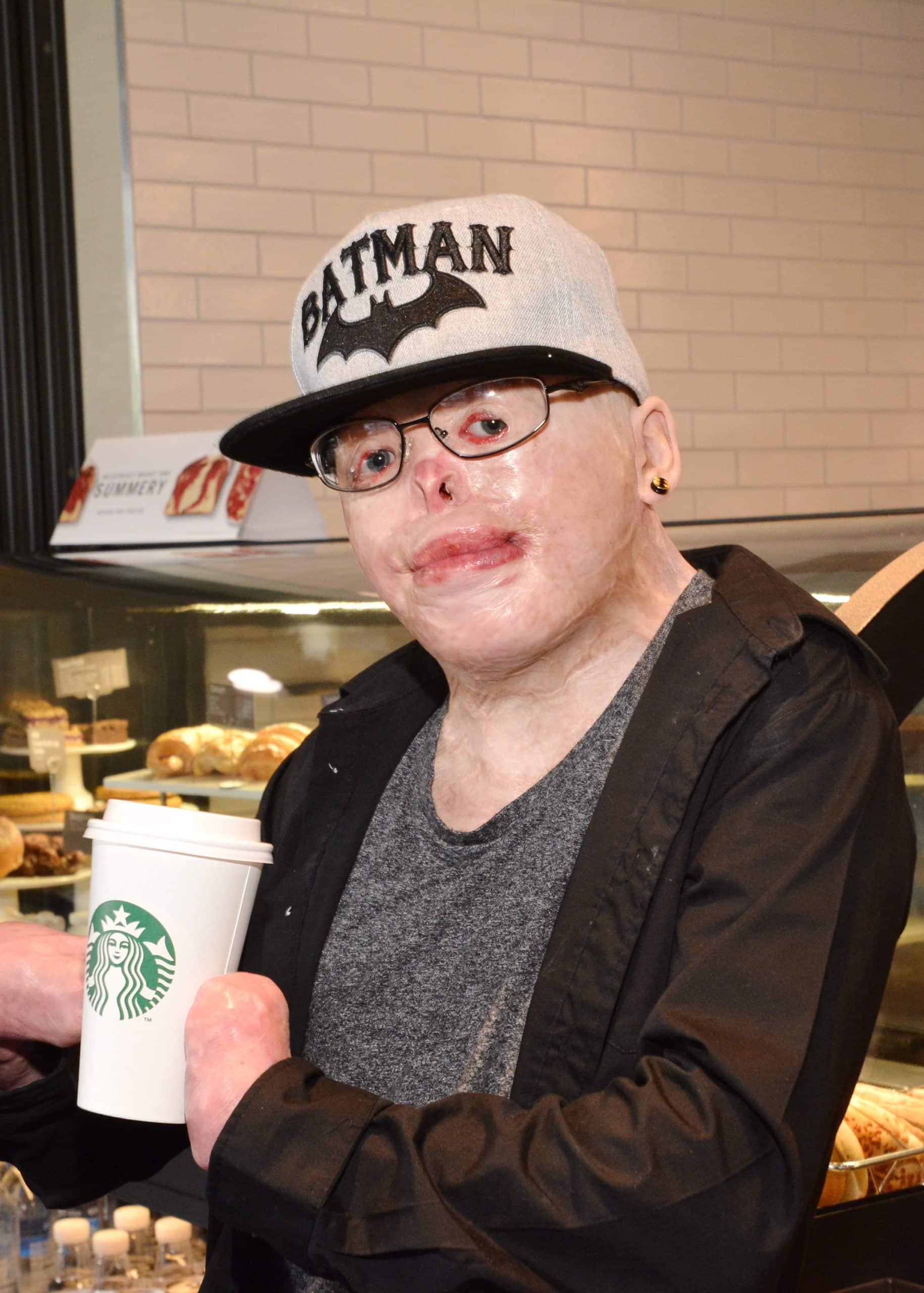 Being a survivor of horrible burns at age 4 is an unimaginable way to begin early life. Johnny has overcome nearly insurmountable obstacles and now is using his horrific experience and its consequences to inspire others.

The fire began in a barn behind his family’s home where Johnny was playing when his dog Max’s tail knocked over a candle being used for light. The developing inferno claimed Max’s life, who tried to save him. His young sister, Leah, bravely pulled him out of the fire and got help. Though doctors didn’t expect him to make it through the night, Johnny defied the overwhelming odds. After being airlifted to a burn unit, placed in a coma for six months, enduring over 100 surgeries (with more still to come), and powering through countless hours of physical therapy, Johnny is now a proud burn thriver.

Though he wouldn’t wish his experience on anyone, he says what he’s been through has ultimately made him a deeper, more caring person with great empathy he uses to help others.

Johnny’s burns covered over 95% of his body and almost all his skin remains deeply scarred. Yet he says his deepest scars have been to his heart & soul from cruel and thoughtless people including being called a monster. The emotional and mental toll impacted him greatly, through which he battled anorexia, cutting, and contemplating suicide.

A major turning point came a few years ago when he attended a Shriners Burn Survivors camp where he made the decision not to let stranger’s words wound him and felt a new empowerment for the first time. He began listening to singer Colton Dixon, whose music motivated him to keep on going, particularly a song with the lyrics “Scars remind us who we are”. He began to realize that being burned did not mean the end; it was a new beginning.

Johnny believes each of us should embrace our differences and share our stories. He constantly inspires others who have gone through similar tragedies and emotional difficulties with his positive and courageous attitude, telling them:

Why I want to inspire and help others:

There are 1.5 million people burned each year globally and more than half of those people are hiding. I know what they’re feeling, and it just doesn’t have to be that way. Also, most people don’t know how to react when they see a burn survivor – this causes the burn survivors to hide, because they hate the reactions. I think if I can be a part of educating the public and helping spread awareness, to help build up other burn survivors with confidence to go on about their days shamelessly in public. I’d just love to be the person to help make that happen.

“No one deserves to be unhappy in the way they look, because we’re all beautifully unique. Just sometimes other flowers get more colors (like us, people who have gone through tragedy) and we just don’t think we fit in with the rest of the flowers. But the truth is, we are the most beautiful of all the flowers. So embrace your different colors, you’re pretty, there’s no one else like you.”
Quote by Johnny Quinn

Ryan Renolds Replies to Burn Victim Jadiant
Ryan Reynolds once again proved that he’s a good human being and that playing a superhero can inspire fans to do great things and to live better lives. The actor is getting praise all over the internet for his wholesome response to burn victim Jadiant’s inspirational Instagram post. 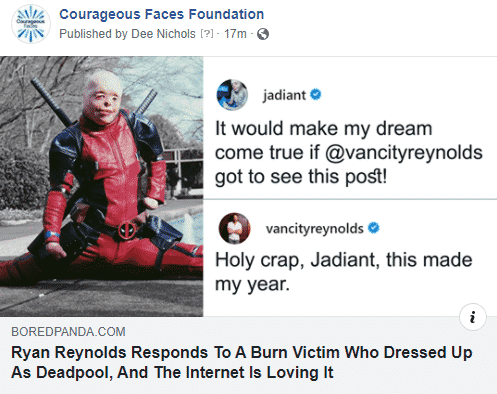