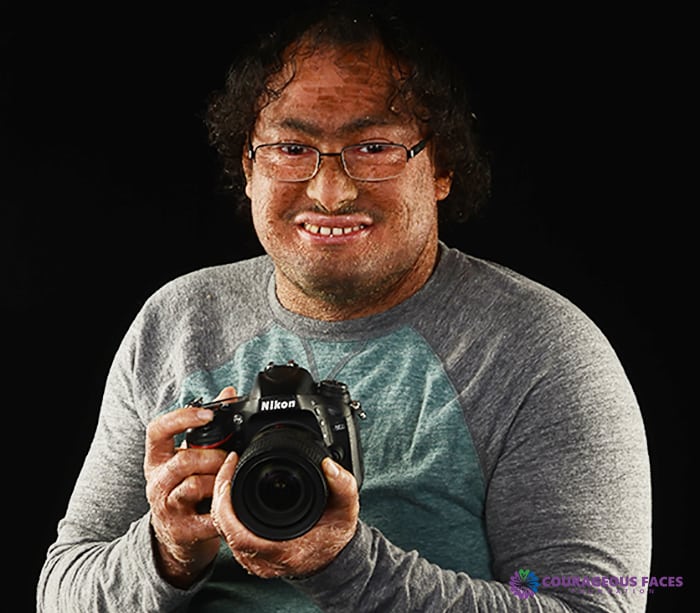 How can you give back to a cause that needs your talent? For Mark, it’s using his passion for photography to help educate about animals in their natural habitat as well as animals in the shelter that need adoption. He also likes to volunteer in homeless shelters.

Like his sister, Maria, Mark was born with Lamellar Ichthyosis, a genetic, chronic skin disease…only one in a half-million people are born with it per year. It causes severe brown colored scaling and cracking of the skin all over his body and makes him unable to sweat. There’s no known cure.

His skin condition and appearance has meant reluctance to be in public, and feeling he doesn’t fit in. In elementary school, other students didn’t want to touch him and were afraid, even though his condition is not contagious. It’s often called “dragon skin.”

Sometimes he says he tries to hide his differences, while at other times he just is himself, especially when people embrace him and want to get to know him. Mark believes he is a “playful person” when he feels comfortable in “the skin he is in.” When someone is willing to touch me, it means so much. That is one way I understand love.

Things I want you to know about interacting with someone with a skin condition:

Fun Things to know about me: