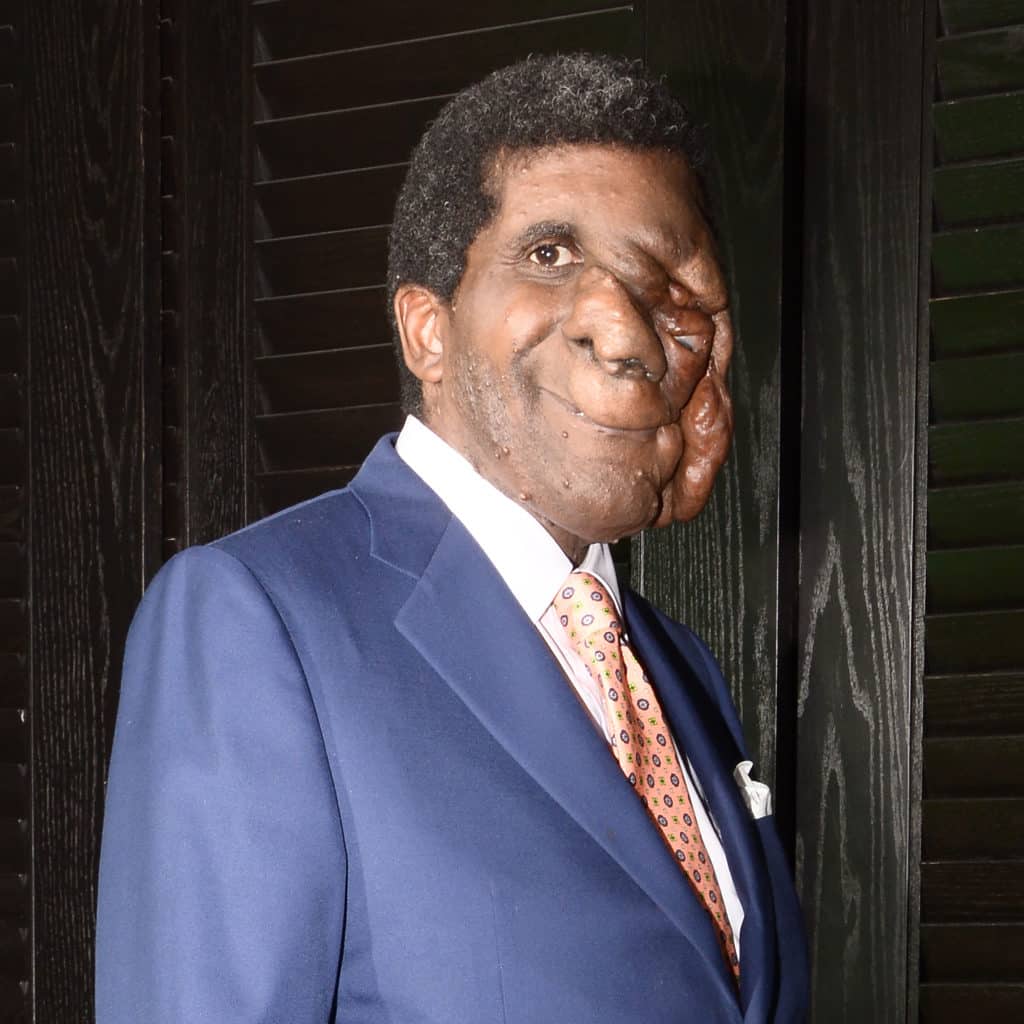 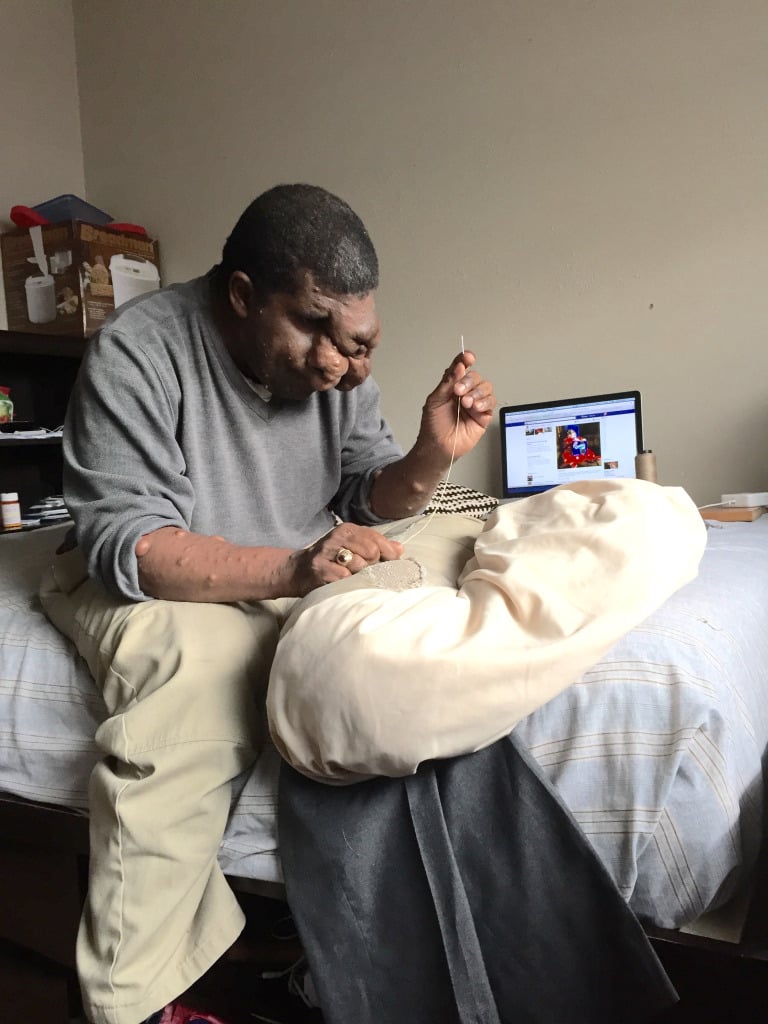 When your appearance is as different as Reggie’s, it’s easy to withdraw from society and not want to be out in public. Reggie has a severe case of neurofibromatosis (NF) which greatly affected his face and left leg. For the first 40-years of his life, understandably Reggie stayed safe within his home and neighborhood avoiding people and their stares and comments.

On the rare days Reggie would go out, he would have to spend hours a day sewing himself into pants due to a 48” tumor on his lower leg.  The Courageous Faces Foundation reached out to master tailor Alan Rouleau and his Association, who made Reggie an entire new wardrobe. Then, the Foundation connected with Village Shoe Shop for custom shoes. Reggie is now the “Million Dollar Man” and he can get up and get dressed each day like anyone else.

Reggie is now committed to no longer hiding from people who have no idea what kind of condition he has and instead helps them learn more about his differences.  By spreading awareness through Just Ask, Reggie now shows that he is a person just like anyone else.  He tells people to “Just Ask” about his condition – and ask they have!  The more Reggie puts himself out there, the more positive responses he has received from others. Now, rather than sitting in his house wondering what life was like, he has started living it.  Reggie can now be seen at major Houston events, and in multiple states.

Recently, Reggie reconnected with former SNL actor and comedian, Kevin Nealon (whom Reggie had met two years earlier), who provided a special table for him, his family, and two Courageous Faces Foundation staff members at Nealon’s show in Houston at the Improv.

There’s nowhere Reggie won’t go. And everywhere he goes; he makes new friends and spreads the word about NF and other rare & severe medical conditions. He says he’s thankful for the Courageous Faces Foundation because “…nobody’s consistently accepted and cared for me like the people at the Foundation.” 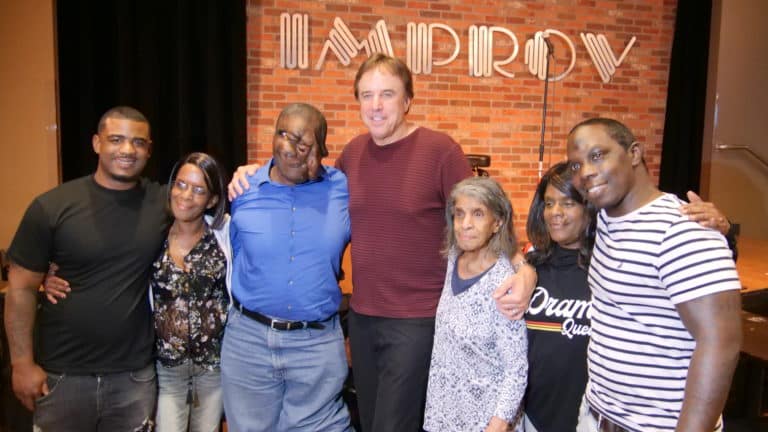 Why I am thankful for the Courageous Faces Foundation: