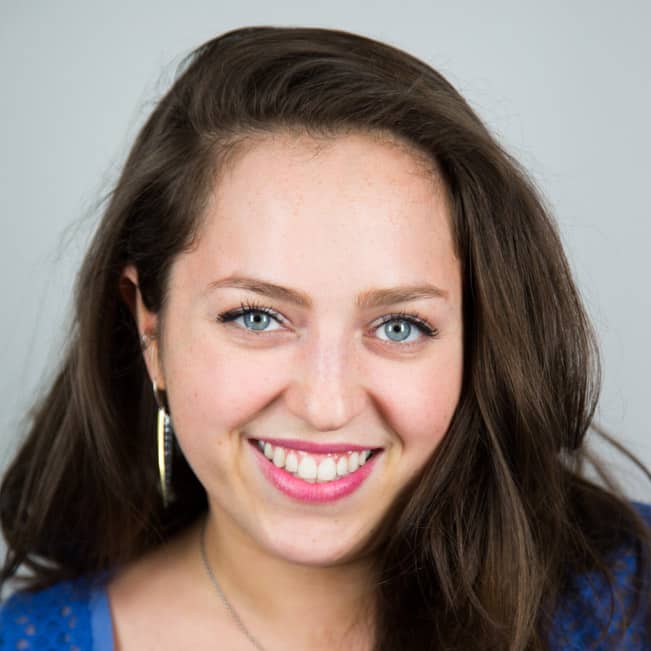 She has her mother’s light eyes, great grandmother’s round nose, and her grandfather’s gift of gab (which she loves to engage). Yet from her father, Sophie inherited a rare neuromuscular disorder called Charcot Marie Tooth disease that compromises her nerve endings, muscle strength, balance, legs, and walking.

Sophie was born in Westchester, New York and appeared to be a perfectly healthy baby girl, but she could never crawl. She finally managed to walk at age two. As she grew, she became very pigeon toed and was constantly falling. It was clear to her mother that something was wrong although most doctors didn’t have answers.

It wasn’t until age 7 that she was finally diagnosed with CMT. That meant leg braces and extensive physical therapy. As bad as that was, what hurt more was the cruel treatment by her classmates because she “walked funny.” She began to hate going to school. It was only after complex surgery at 9 that she began to walk “more like normal,”  she says.

At 12, she was diagnosed with dyslexia and put in a private school for people specifically dealing with that condition. It was there she began to make lifelong friends she calls “incredibly generous and loving people.”

She spent her years in high school making self-portraits through paintings, photographs, and sculpture. It was her way of coming to terms with the body she was given and learning to eventually embrace it.

Lacking dependable physical ability, Sophie began to concentrate on art and photography where she truly excelled. Encouraged by her mother who’s an artist, Sophie immersed herself in art, eventually attending the prestigious Bard College, majoring in photography. Some of her work has gone viral on the internet and she’s won several awards for her photographs and her work has been exhibited at The Smithsonian Institute.

To protect her from falling on uneven surfaces, she developed a keen sense of her surroundings. This increased awareness of details around her transferred into the precision displayed in her art. “Because of my condition, I’ve seen the world from a more unique perspective than most people see it,” she says.

It’s also solidified her purpose. “I believe that my reason for being on this earth is to help people who are marginalized and to assist in giving them a voice. This is my calling and I intend to be doing social injustice advocacy work throughout my life.” She’s also gotten serious about weight training to strengthen the muscles she depends on every day.

Sophie says she first learned about Courageous Faces through Justin, who is also an Inspirational Face of the Foundation. He was walking in New York Fashion Week with some of the other Faces and it was there she also met CFF President and founder Trish Morris, as well. She says the Foundation has provided immeasurable support, and the Faces have all become some of her closest friends and a wonderful support system for encouraging her through her ongoing trials.

Important things I want people to know about CMT:

Cool things to know about me:

“I want to live so densely, lush, and slow, in the next few years. That a year becomes ten years. And my past becomes only a page in the book of life.”
Nayyira Waheed

“Never look down on someone unless you’re helping them up.”
Unknown