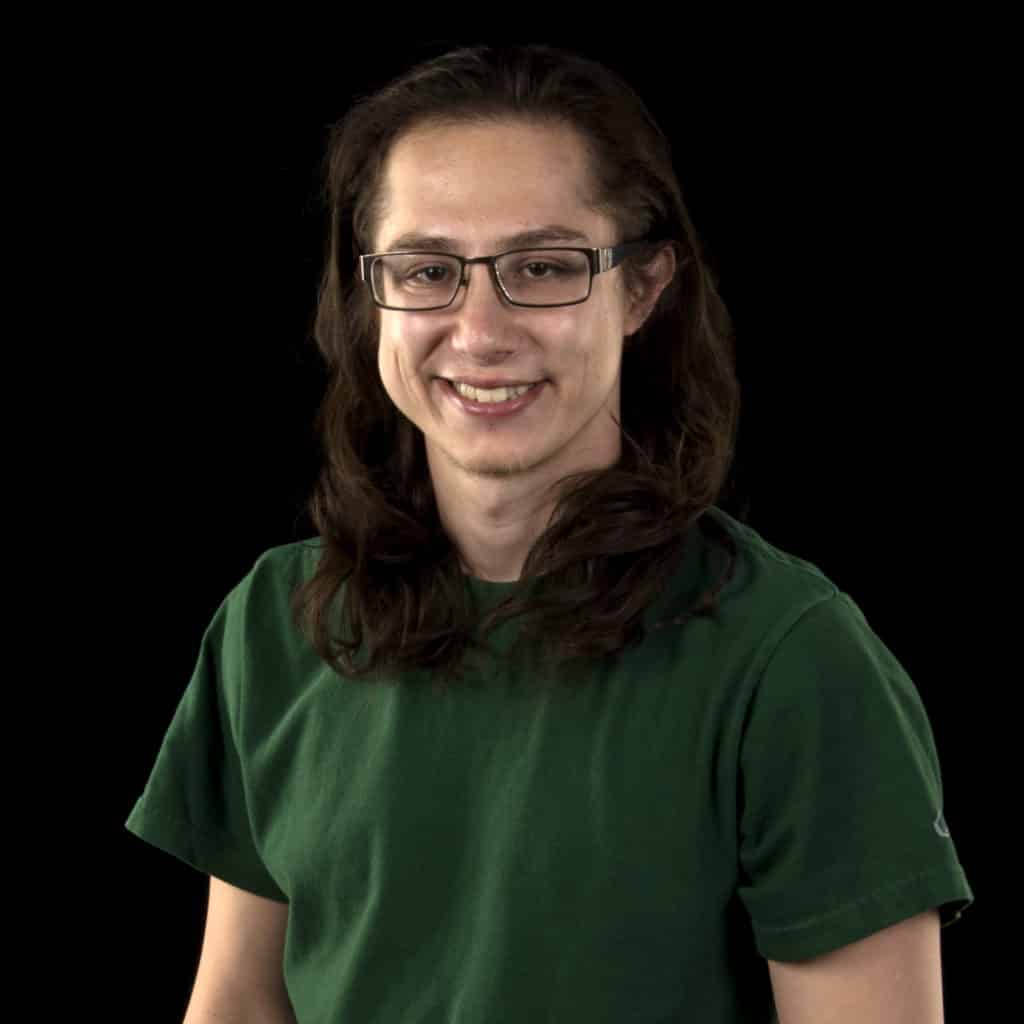 Being an aspiring artist and going blind aren’t compatible, but it’s what Thomas lives with, still hoping as much as possible, to continue his art, help others in similar circumstances, and be an inspiration, nonetheless. Thomas says home life in his early years was dark in multiple ways. In school, teachers would see his sad drawings and he says they’d send him to a counselor. Those feelings coupled with severe bullying through middle school, high school, and even college, along with his deteriorating eyesight, made for several traumatic years.

Thomas was 24 when he heard the official diagnosis that he was going blind, though he was born with it and always had symptoms including night blindness and narrow field of view. A retinal specialist in L.A. who told Thomas he had Choroideremia, a degenerative disease that had destroyed 95-percent of his retinal cells. He writes, “the tears on my brother’s face exposed to me the fact that I couldn’t even cry. I felt so low on the way home.”

Choroideremia is a degenerative disease where the retina no longer holds down the macula and it begins to peel away, resulting in ultimate blindness. The rate of vision loss is different for each person.

Still, Thomas is determined not to let his past define his future. He’s continuing his art as best he can and hopes to finish his college degree in graphic arts. He also continues to write poetry to express the feelings that run deep. He hopes his story will reach others who’ve been through similar experiences, and will inspire them to keep moving forward, no matter the obstacles they face.

What I want you to know about interacting with someone with a Choroideremia:

Why Thomas is thankful for the Courageous Faces Foundation:

Rather than struggle alone, Thomas says the Courageous Faces Foundation has reached out and introduced him to friends and experiences he never would have had otherwise. He’s thrilled the Foundation provided him with a Wacom media tablet that allows him to draw and use visual tools.

He’s also thankful that the leadership and the team at the Foundation keeps in touch in a genuine way, always aware of his needs. He writes that the Foundation, “fosters potential betterment in the lives of many. And I’m grateful to have met them.”