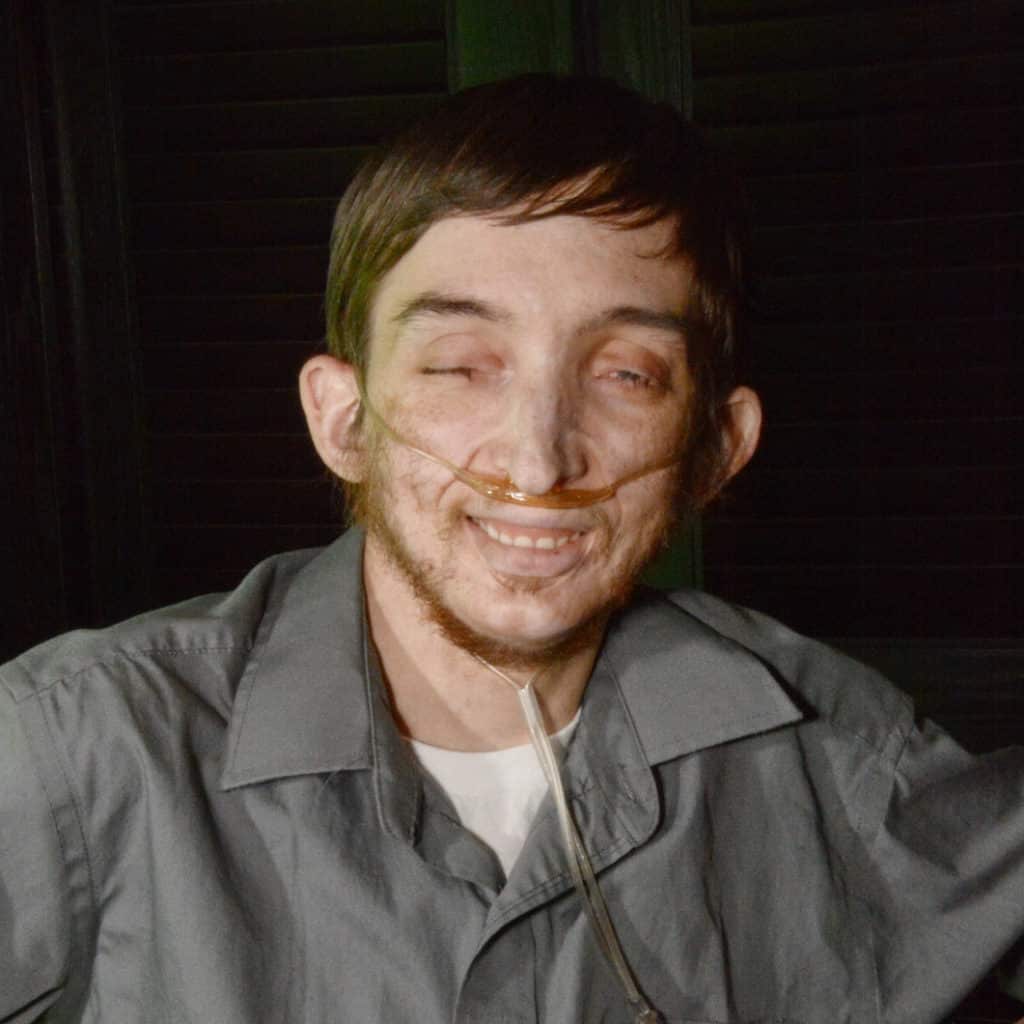 Learning to convincingly mimic Queen’s Bohemian Rapsody with words and a wild air guitar is just one of the ways KJ learned to infuse fun into his day and escape the enormous challenges that beset him early in life.

Faulty wiring in a mobile home that housed his family resulted in a choking blaze that claimed the life of his mother and little brother. At 8-years old, KJ remembers waking startled on his top bunk, and before he could escape, passing out from the smoke.

The next thing he remembers was the bumpy ambulance ride with his dad, who pulled KJ out of the fire, crying over him. After doctors stabilized him, he was airlifted to a burn center suffering from more pain than he could imagine. After three weeks he was released only to encounter something that proved even worse.

As a nightmarish reaction to an antibiotic was given, KJ developed the highly rare Stevens-Johnson Syndrome TENS (SJS), an extremely rare condition where the body literally burns from the inside out. Fortunately, two doctors who saw him had treated SJS before and recognized the symptoms. At St. Francis Hospital in Tulsa, they put KJ into an induced coma.

In KJ’s words: “They said it was up to God and me if I were to make it through the next 14-days.” KJ did, and after a month in the coma, they began to bring him out. Yet after that came a series of operations, and excruciating skin grafts and physical therapy. Then, even more serious, both KJ’s lungs collapsed and only one partially recovered. If that wasn’t enough, the SJS made him mostly blind. Because he and Hannah (another of our Inspirational Faces) shared the debilitating effects of SJS, they became good friends with a lot in common.

To aid in his recovery, KJ and his family had to be relocated. Living close to a toxic site in Oklahoma was highly detrimental to his health, his breathing, and his progress, so the Courageous Faces Foundation moved his family to a home in Arkansas close to the hospital for ongoing medical care.

The move gave KJ another year of life in a clean location with his family, before mounting complications finally became too much for him to survive. KJ passed away in the Fall of 2018. Courageous Faces Foundation was privileged to organize KJ’s memorial service attended by nearly 400 hundred people.

Cool things to know about me that I loved:

Things I want you to know about SJS/TENS:

Things I have learned on my journey:

KJ'S LOVING FINAL MESSAGE
Donors made it possible for KJ to not only live another year of life, but to do so in a clean and healthy home outside of the hospital.

Take a deep breath—but not too deep if you live near a coal ash dumpsite, because the air pollution from coal ash dust can be dangerous causing asthma attacks, lung disease, even cancer. Champion KJ was rescued out of the toxicity that his compromised lungs were breathing every day.